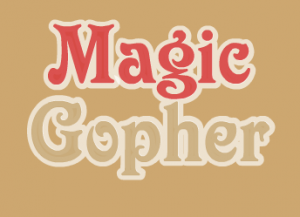 When it comes to teaching middle school math, the afternoon before a holiday break calls for classroom creativity, especially after a morning field trip!  (Yes that was my day, and frankly, my challenge!)  I save the “Magic Gopher” for such occasions, and he has never failed me.  Who knew a little hocus-pocus could astonish students with algebra?  (Well, obviously I knew this, and I want you to know it too!) 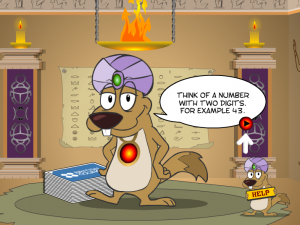 The “Magic Gopher” guides students through a simple process:

2) Find the sum of the digits.

3) Subtract this sum from your original number.

4) Look at the Gopher’s scroll of numbers 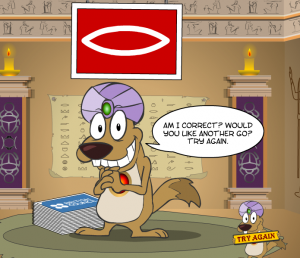 and hieroglyphics, find the symbol next to your number, and remember it.

5) Voila!  The”Magic Gopher” reveals a card that has YOUR SYMBOL on it!

The initial reaction to the gopher is priceless!  Some kids think the gopher must have “heard” them say their numbers, so we try it in silent mode too, just to be sure ;-).  I show this to students 2 or 3 times as their jaws hit the floor, then allow them some time to talk to one another and figure out how it works.  Some of them are starting to realize that everyone in the class had the same symbol each time, even if the two-digit numbers they chose differed.  I ask them to discuss the numbers they chose, the process the Gopher guides them through, and the resulting differences at the end of this process.  Is there a pattern that emerges?  What’s the trick?

Algebra spoiler below!  (You mean it’s NOT really magic?)

…where a is the tens digit, b is the ones digit, so the VALUE of the number (because of our decimal place value system) is 10a + b

A-ha!  So, the Gopher’s trick only results in differences that are multiples of 9!

Students are amazingly receptive to the algebra involved here.  Great review of:

* The True POWER of Algebra!

Tweet
This entry was posted in Algebra 1. Bookmark the permalink.