After 4 hours of testing, I decided to provide my afternoon math classes with an opportunity to decompress.  Our mental brain-break took a detour from the scope-and-sequence toward an impromptu mini-project:  Creating a “Math PSA”.

I suggested several topics to students as options.  My ideas came from a few of my own personal math pet peeves.

First – the Facebook problem.  Every time I see one of these, I can’t help but peek at the answers.  Every lesson ever taught using Order of Operations seems to have been done in vain.  So, I suggested that students create a PSA teaching the world the correct order of operations using problems like these. 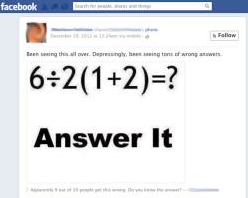 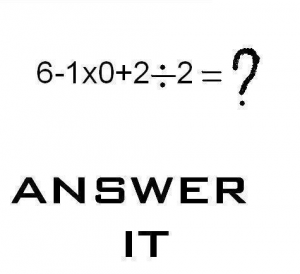 Another option was to find common math errors in advertisements, such as these, and create a PSA explaining proper usage of decimal points, dollar signs and cent signs. 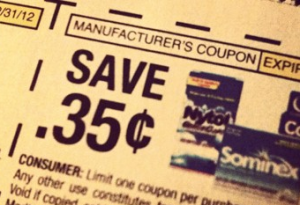 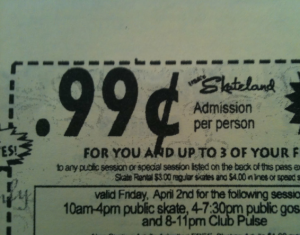 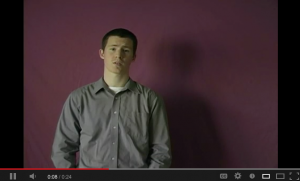 I also showed this example of a math PSA to give students a sample to consider.  With iPads in hand, students got into groups and began writing scripts and planning their scenes.  I did not suggest nor require any specific apps to be used.  Most students opted to create videos.  Here are a few samples for your enjoyment and mine.

I think it’s fair to say, after watching this video, none of the students in this class will ever forget that a vertical line has a slope that’s undefined.  Especially the wall-runner 😉 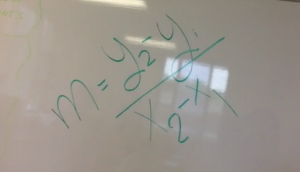 This group also went on to create a second video, explaining the correct Order of Operations.  Here’s the dramatic intro: 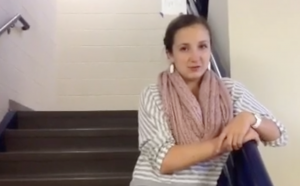 Math Must Be Interactive!

Enjoy the silliness, but hear the message loudly – students are sharing insight about how to make mathematics class enjoyable for them!  A request for making math “interactive” and sharing “jokes” is conveyed here.  Kids want to be involved in learning mathematics, and they want a teacher with personality – great tips guys. 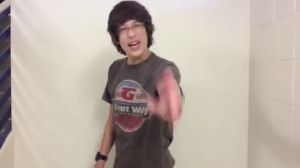 And one group’s Pic Collage PSA:

Perhaps the original plan was to look for “fractions” as indicated by the title… even so, the poster shown here doesn’t do justice to the dialogue that occurred while this group of students surfed the web, discussing math oops after oops. 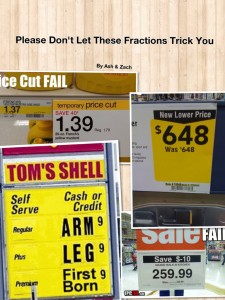