Bottling Up the Perfect Balance

I feel like, as a teacher, I have a lot in common with the video gaming industry.

We both want to draw kids in to a challenge.

That challenge has to be feasible but not too easy.

Students have to be able to try things, possibly failing miserably at first.  They have to want to try again, and make adjustments to improve, while also gaining valuable, timely, dare I say instant, feedback.

I wish I could bottle up this perfect balance and use it every day I work with my students.  Sure, many teaching days are very good, but some are truly magical.  I had one of those I-want-to-bottle-this-up days today.

The task was simple and open-ended.  I got the resource as part of an online Algebra EOC (end-of-course) Exam training I completed when I moved to Austin. On paper, it doesn’t look like much.  In practice, it was just, wow. 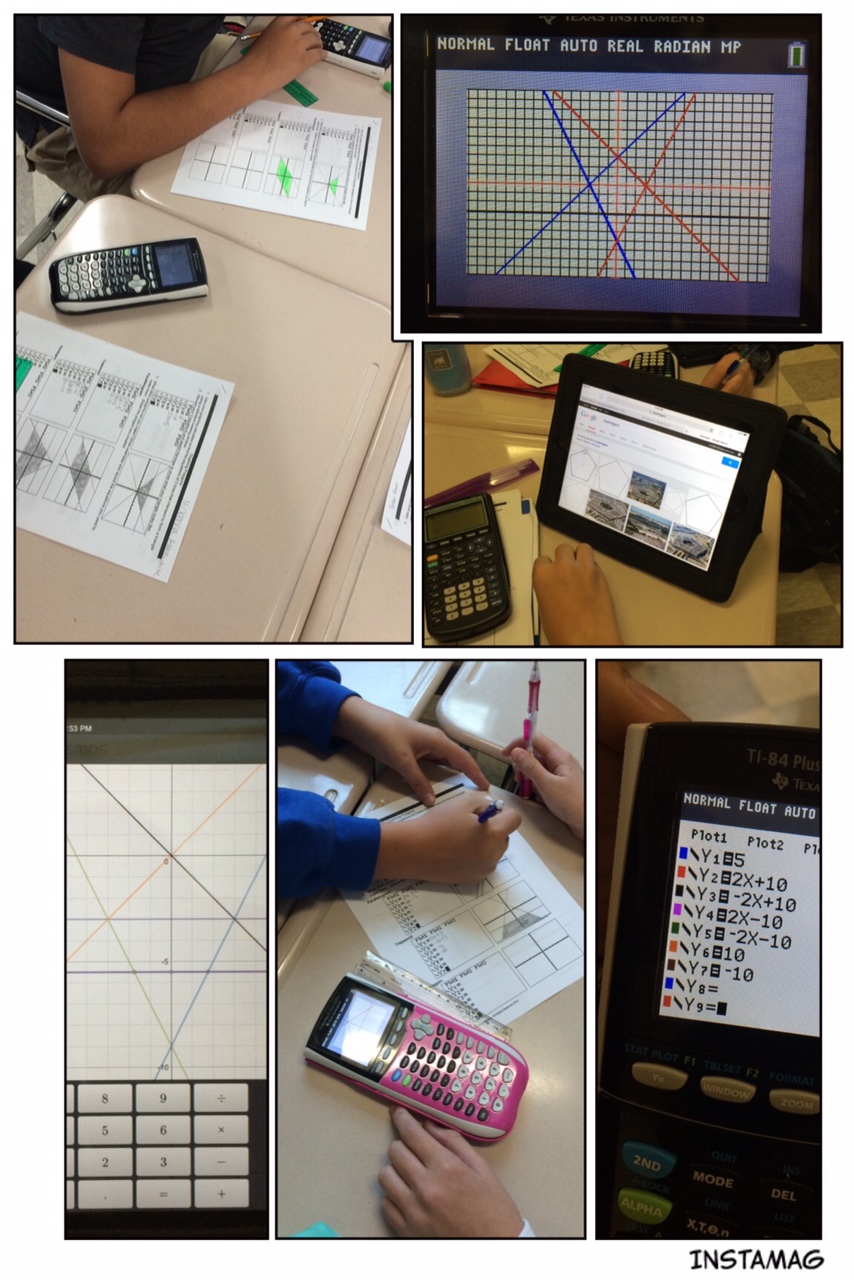 Using a graphing calculator and/or Desmos, students were asked to create three equations whose graphs would intersect to form a triangle in a standard viewing window.  From there they were asked to create other polygons.  A parallelogram?  Trapezoid?  Pentagon?  Others?  Students were also asked to record the linear equations and sketch a picture of each graph.  They’d recently completed a unit on linear functions, so they had plenty of background knowledge to get rolling.  They work in cooperative groups of 3-4 students, and they absolutely ran with this thing.

The conversations were amazing.  Kids were crossing their arms in the air to visualize what lines might look like before graphing them.  They talked quickly.  They talked loudly.  They struggled a bit, but began crafting equations to graph.  The academic vocabulary in use was spot on.  As the TI calculators graphed each line a bit more slowly than students would have liked, they literally crowded around the calculator screens and cheered when the lines appeared as they’d hoped, and “awwed!” when the graphs didn’t turn out as planned… but they were ready with a new plan and made adjustments until they got what they wanted.

At one point I literally had a crowd around me, every student with a graphing calculator in hand, wanting to show me what they’d created.  These 8th graders were on fire.

What’s a recent task or lesson your students have tried that made you wish you could bottle that energy up?  How can we make many of our days “magical”?

5 Responses to Bottling Up the Perfect Balance