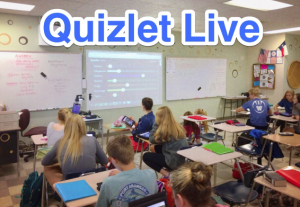 My colleague Gary Raygor happened to post a photo online, showing his students having a blast in his classroom, working in teams, arms flailing with… joy or regret…I couldn’t quite tell.  But what anyone could clearly see is that his students were INVESTED in whatever it was that they were doing, so I asked Gary to share more!  I stumbled on Gary’s mention of “Quizlet Live” Thursday evening, then subsequently used it with all of my classes the next day.  Quizlet Live provides a whole new way for students to interact with Quizlet sets in the classroom.  I’m so glad I jumped right in!

After I logged in to Quizlet as a teacher using my school Google account, I searched for “Algebra 1 EOC” and found existing sets including relevant academic vocabulary, formulas, terms matched to graphs… you name it!  What’s great is once you find a set you like, you can copy it and edit it to make it your own, and it shows up under “Your Study Sets”.  Once you have a set you’d like to use with your class, select the “Live” purple button and project the screen so students can see it.  They simply go online to quizlet.live and enter the 6-digit code to join the game.

Once all students have signed in, select “Create Game” and Quizlet Live randomly groups students into teams by animal name.  Make no mistake, students LOVE this.  There’s something about naming teams that creates an instant bond!  Students take their devices to sit with their newly-formed teams, and the “game” begins.

A definition, graph, etc. appears on all teammates’ screens, along with a list of potential matches.  The difference between Quizlet Live and other matching or multiple-choice tools is that each teammate’s screen shows only a subset of possible answers from the Quizlet set.  Only ONE teammate has the correct term on his/her screen, so students have to work together to talk it out.  In every class, I heard great conversations/arguments and comments like “I got it!” or “Oh, I don’t have it!” as students compared their answer choices to the definition etc. at hand. 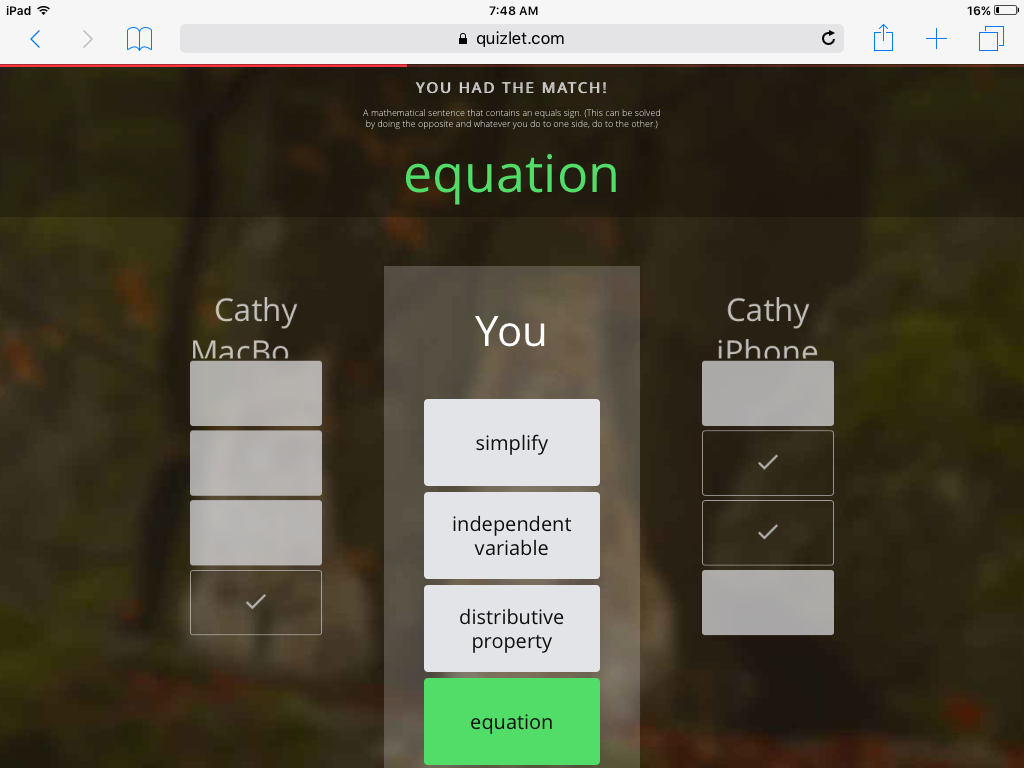 Team progress is shown from the teacher dashboard at the front of the class, while all the information students need shows up on their own devices. 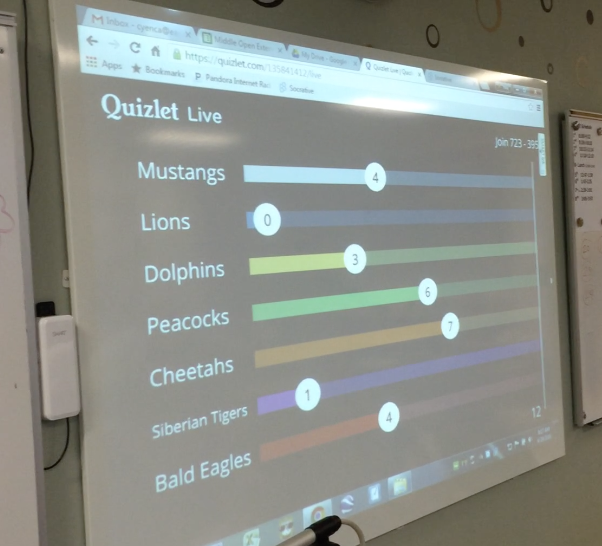 If a mistake is made, the team must go BACK to the beginning and work through the entire  set again.  This was more motivating than it was destructive.  They got right back into the game, and often made an impressive comeback after a fall!

The element of speed is not a timer per se.  The time it takes to complete a round is established by the winning team.  The first team to work together to correctly get through the set “wins” and the game stops at that moment, paying respects to the victors. 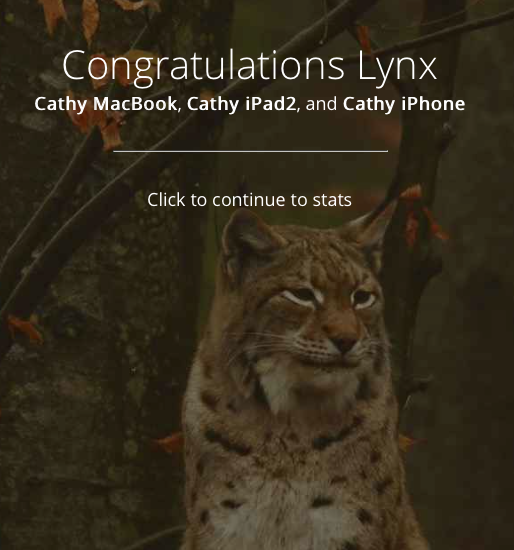 And in EVERY SINGLE CLASS, after the winning team yelled and celebrated, the class begged, “Can we play that AGAIN?”

And so, we did.  Every time we played again, I took advantage of Quizlet Live’s “Shuffle Teams” feature so everyone had to move around.  My favorite thing about this is the instant team bond that seemed to happen with the animal names, and that every student (especially the shy or quiet types) was instantly a valuable part of the group.

I like that Quizlet Live collects stats during each round.  I can display class data for “What We Know” and “What We Learned” that shows common class errors as well as class strengths.  Each team also receives this type of feedback, customized specifically to their own team. 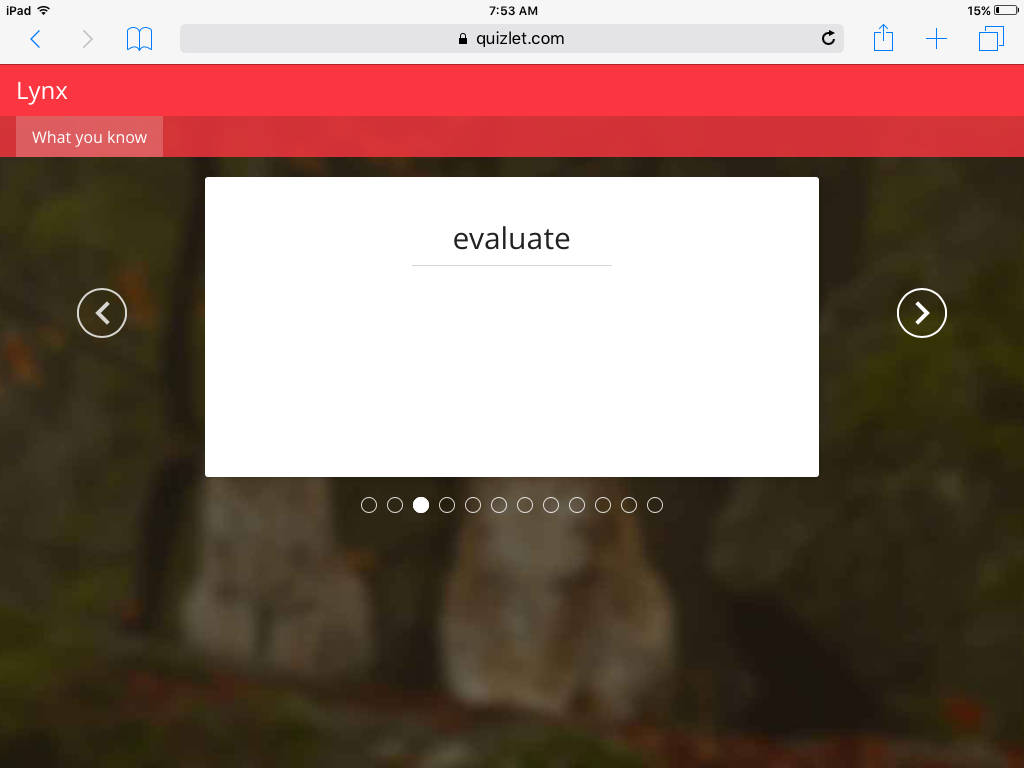 After doing Algebra EOC reviews with my Algebra students, my Math 8 Pre-AP students practiced multiplying monomials by other polynomials using Quizlet Live.  The practice with properties of exponents and the distributive property was collaborative, and much better than a worksheet would have been!

How will you use Quizlet Live?