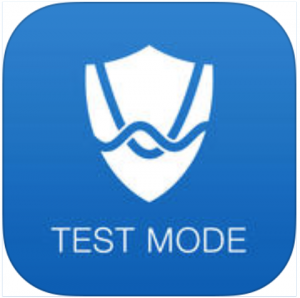 For the first time in history… (too strong?)… my Algebra 1 students excitedly embraced the opportunity to use Desmos Test Mode *AND* TI graphing calculators during their End-of-Course STAAR test this past week.

In years prior, TI handheld graphing calculators were permitted, but for Algebra 1 students, having access to BOTH Desmos and a TI calculator was not an option.  Last year, during a Desmos pilot with our Math 8 STAAR test-takers, my Algebra students became very jealous, as we had used both tools equitably during instruction, but only TI was allowed on Algebra STAAR test day.  Since then, the Texas Education Agency has updated their STAAR calculator policy to include secure tablet graphing tools too.

For a time this year, we weren’t exactly clear on TEA’s language in this updated policy – would our Algebra 1 students have to *CHOOSE* between a TI calculator and Desmos?  Or would they be permitted to use both tools?

Had you been in my classroom the day I announced TEA’s clarification that using BOTH tools was INDEED permissible, you may have thought we were watching football.  Yelling, clapping, yahoo-ing, and cheesy grinning filled room 510… because of a graphing calculator, people.  Can you imagine?

Well, if you’re a math educator who uses Desmos in your teaching, then you probably don’t *HAVE* to imagine its educational impact.  You probably see it quite often in your own teaching corner of the world.  Besides being a fluid (and free) graphing calculator, teachers create mathematical experiences for students using tools like Polygraph and Activity Builder.  If I’m not mistaken, Desmos Activity Builder isn’t even a year old, and yet the sheer volume of teacher-created resources here and here is inspiring… and immediately usable!  Shout out to the #MTBoS!

While my Math 8 students have embraced Desmos, my theory in their seemingly not-as-enthusiastic feedback about the graphing tool is rooted in their lack of experience with functions.  y = mx + b is as far as these kiddos go with graphing (though this Activity Builder open-task gave them a taste of graphing ideas beyond our TEKS/standards) and they seem to desire the TI-button-pushing experience over using Desmos to number-crunch in their multi-math sampler-type curriculum.  Algebra 1 includes various forms of linear and quadratic functions, as well as exponential functions, so Desmos has been extremely valuable for Algebra students who favor seeing multiple representations all on one screen.

I’ll let my Algebra students (49 of them who took the survey) speak for themselves here. Check out their anonymous responses to a brief 3-question survey using the link below – one that I’ve also given to Math 8 students the past two years with VERY DIFFERENT results. 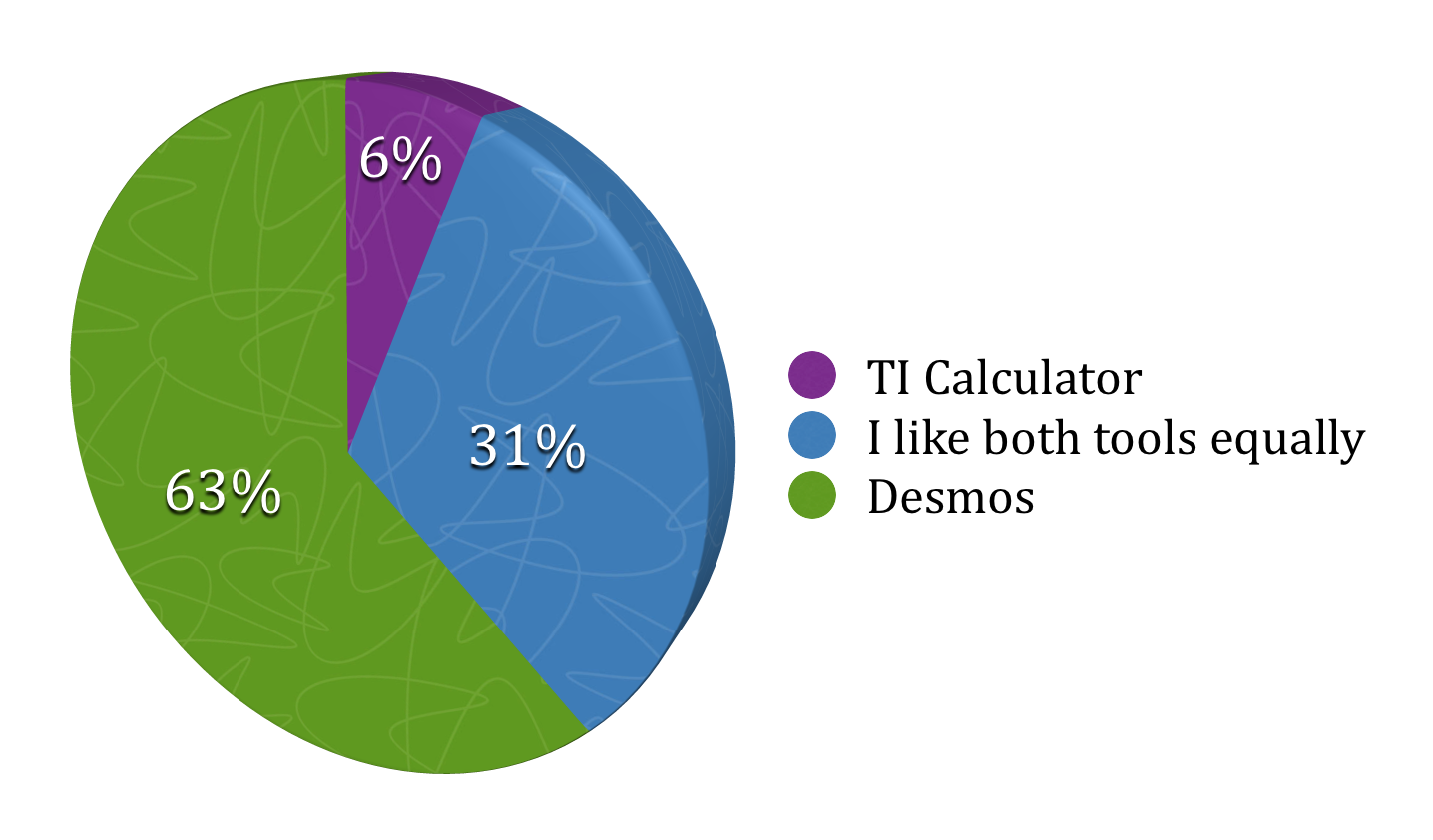 Note:  These Algebra students WERE the Math 8 students last year who were able to use Desmos on their Math 8 STAAR too, so we’re talking about a generation of kids who have been using Desmos for two years.  I wonder if that also has an impact on their enthusiasm?