A Paper and Popcorn Misconception 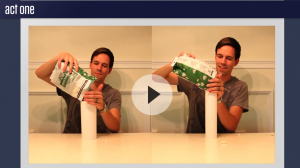 I showed the following Dan Meyer vid to my 8th graders this week as we dove into volume and surface area.

Their responses were… well, characteristic of 8th graders:

a) What’s wrong with the video?  Why did it stop?

b) Why is he smiling so much?  It’s just popcorn!

c) Why did he make this video?  He has too much time on his hands!

d) Are they twins?

and finally, a mathematical hypothesis…

e) I think the same amount of popcorn is in each – after all, the paper is exactly the same size! 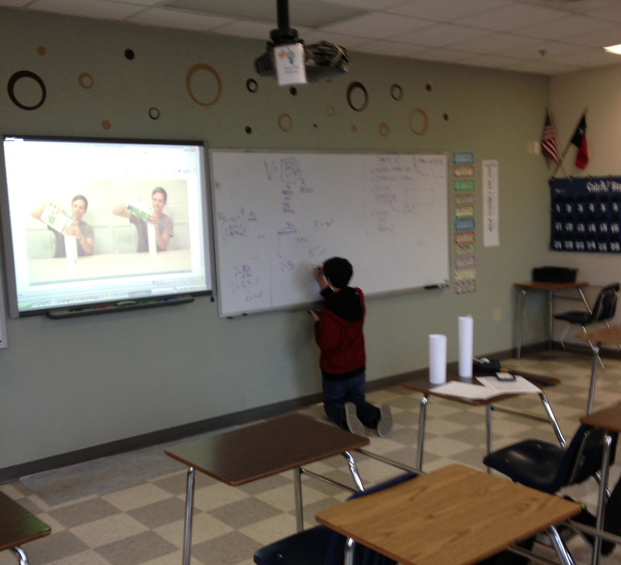 One student who I was working with one-on-one was particularly curious about the video.  Since we weren’t in a setting with a whole class full of kids, I was able to indulge him a little more.  “Do you want to reenact the video?  What supplies would you need?”  At his request, I offered him two sheets of paper, some tape, a ruler, a calculator, and a little bit of breathing room.  (No, no popcorn). After taking a few measurements, he admitted he wasn’t quite sure what to do next.  We discussed volume and I sketched a few things on the board to get him thinking, and he was at it again, completing his calculations while literally kneeling on the floor. 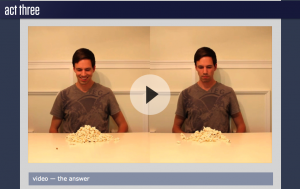 After he had some solid volume calculations, I showed him the sequel:

Clearly, the student was delighted that his calculations matched what happened in the video.

I said to him, “E., so you learned a little something about volume today, eh?”

His response, without hesitation:  “Always go with the fat one.”

Tweet
This entry was posted in Algebra 1, Pre-Algebra and tagged Dan Meyer, geometry. Bookmark the permalink.

4 Responses to A Paper and Popcorn Misconception