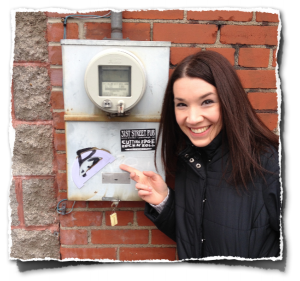 While visiting my home town, I couldn’t pass through without locating a few “Pittsburgh Protractors”.  For several years, painted protractors have been mysteriously appearing all over the city.  While no one seems to know why the protractors keep popping up, or who is the culprit, blogger Eric Lidji has made it a mission to number and track the protractors via a Google Map.

I tested the map today and easily located three protractors… several were lodged behind dumpsters, but I was able to get close enough to pose with Protractor #153 in the Strip District.  A quirky math mystery indeed! 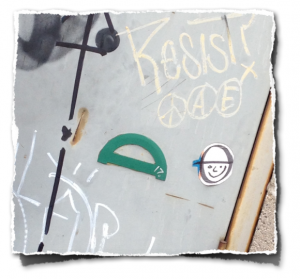 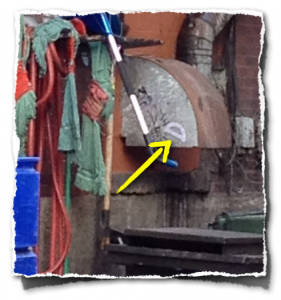