At several teacher workshops over the past few years, I’ve experienced “Escape Room” tasks that married the novelty of “breaking out” with academic content.  SUPER FUN!  This idea was on my never-ending “TO DO” list of things I’ve learned and would like to try with students.  And there the idea sat, on my list…

…until RECENTLY when I learned about Jay Chow (@mrchowmath) and the way he connects the idea of “breakouts” with math content using the Desmos platform.  Already made.  Ready to go.  Boom.

First, I worked through his linear and quadratic escape tasks, filling pages of notebook paper with work I’d anticipate my students might do.  I love how Jay addresses paths in his activities for those who might make a mistake along the way, as well as the variety in the tasks themselves.  SO FUN.  I decided to use the quadratic activity with my Algebra 1 students, and the linear activity with my Math 8 students.

I created student groups, and generated several Desmos activity codes so each group in each course had a different code.  I didn’t want student groups to know that they were all doing the same task… at least initially… I also didn’t TELL them what the code was for.  To add a bit to the “drama” of introducing these “Escape Room” tasks, I stuffed envelopes with old, one-sided worksheets (to be used for scrap paper, not to do the worksheets… would students actually just start working on random worksheets that didn’t even align with any math we’d been learning?).  Also in each envelope was an index card with student group members’ names, and that mysterious “code”.  I wrote the name of one group member on the outside of each envelope as well as #BREAKOUT.

On launch day, I started class by standing at the front of the room, announcing that some students “got mail”.  I called the students to the front to receive the stuffed envelopes, and the buzz was immediate.  What is Mrs. Yenca up to?  What is this “mail” she’s giving to us?  Is she going to call my name?  They know me, and started grinning and hypothesizing.

Students with envelopes were instructed to wait until I gave the word, and they were to open them simultaneously.  They found the index card with student names on them, and realized that #BREAKOUT was a huge clue about what we were about to do… 🙂

Then, just like that, student groups got together, started typing the mysterious code into various apps, eventually trying it in student.desmos.com with success.   And… some groups just started doing the math worksheets!  I didn’t let this linger long… I stopped by their groups and said, “Some groups found a code in their envelopes… did you get one too?”  “NO WONDER! I WAS WONDERING WHY YOU’D PUT WORKSHEETS IN HERE THAT HAVE MATH ON THEM FROM YEARS AGO!!!”  I let them know to use the back of the worksheets to do any figuring and they chuckled and got right to work!

Can I capture the energy in the room and convey it accurately to you here?  Nope.  I wish I could.  It was REALLY SOMETHING!  All I can do is encourage you to work through these awesome tasks yourself, launch them with your kiddos, and get ready for high energy, determination, and JOY!!! 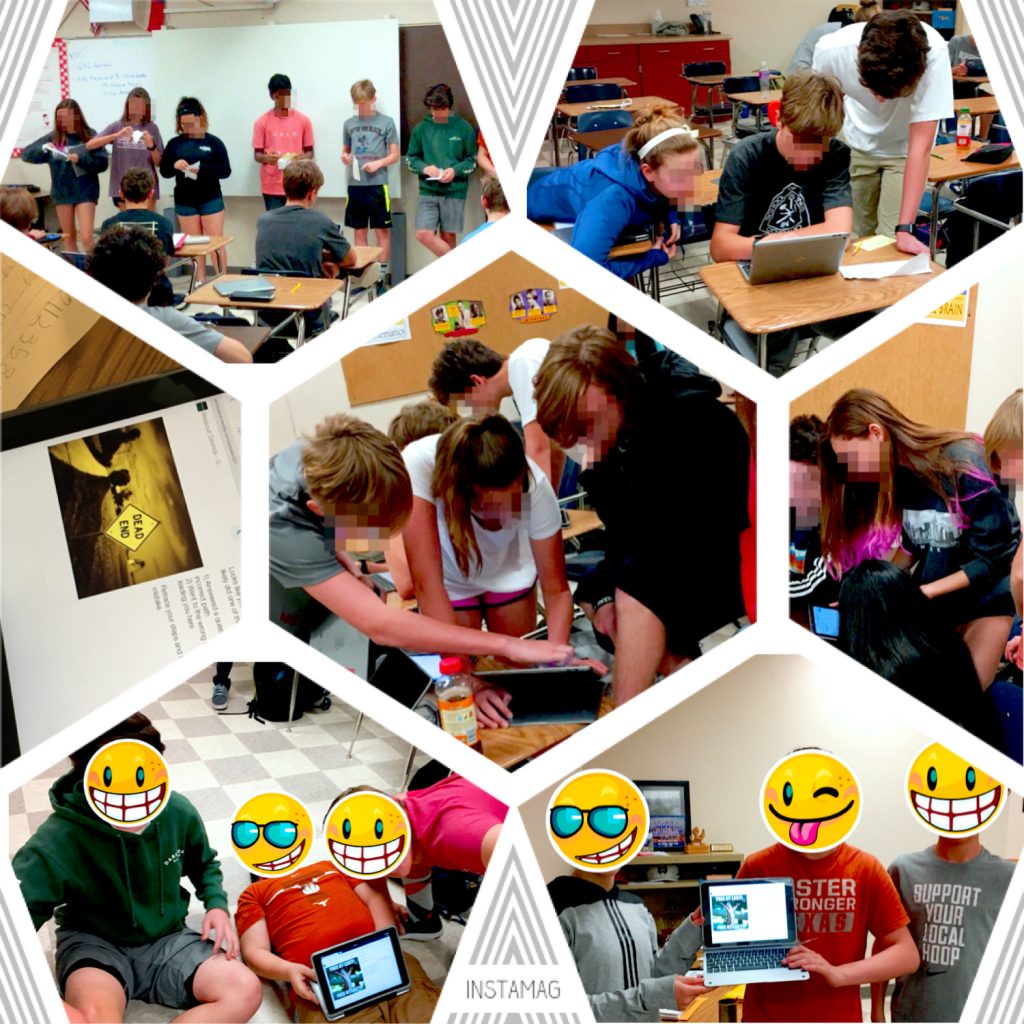 How does Mr. Jay Chow create this Desmos magic?  I think it may have something to do with this… and boy, do I have a LOT to learn!

🚨NEW FEATURE FRIDAY 🚨
Computation Layer, the private scripting language that powers all of our hottest activities, is now available free for anyone to use. https://t.co/11JDBo9tkg pic.twitter.com/LL9WLkHNoP