Every year, there is a concept with exponents that students just “don’t get” the first time around.  Namely, the difference between expressions like (-2)^4 and -2^4 mystifies them.  Some “don’t get” it the second or third time around.  Throw variable expressions in the mix, and you have a mess.  That’s where I am right now with some of my students.

We had a wacky schedule today that afforded me some time to be novel with my approach to this re-teach of a re-teach.  I decided to let my students use the Animator Free app to design an animation of a problem involving exponents.

I modeled several problem types and left them up for the students to reference as they began their projects.  Students loved using this app!  Of course, some wanted to doodle before getting right to the math, but I expected that.  After exploring the settings and understanding how the app worked, they began their creations. 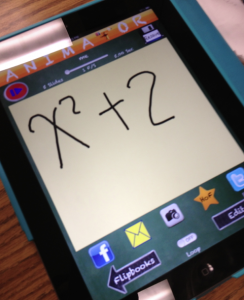 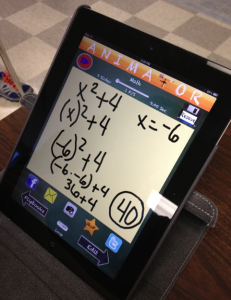 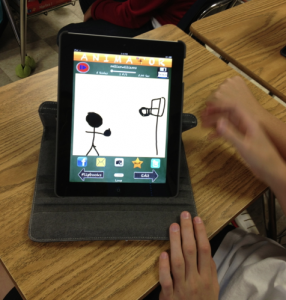 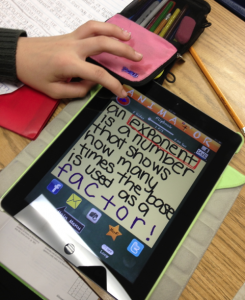 Here’s one student’s work.  I feel like this was just the push they needed, because it made a re-teach more fun and interactive! 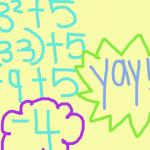