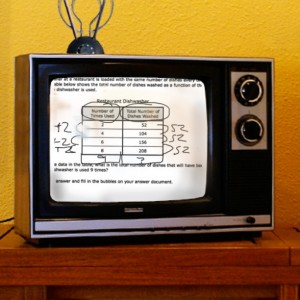 Watching Explain Everything student videos on the big screen.  Made with ImageChef

Having iPads redefines many elements of teaching, learning, and assessment.  These past 2 years, I’ve experienced a learning curve not unlike that of a brand spankin’ new teacher.  This year I’ve begun to make the shift from technology-empowered teacher to a teacher who empowers students more.  It takes time, but when I let go and give more control to the kids, I’m not disappointed.  On the contrary, I realize that I didn’t know what I didn’t know about my students.  The more I learn about them and their thinking, and the more I impart this feedback to them so they know themselves better, the more we all understand the mathematics.

Sometimes, this process isn’t pretty.  They’re wrong.  They have misconceptions.  They generalize things they shouldn’t.  But knowing they’re doing those things presents true opportunities for learning, for communication, for mathematical debates, and for deeper understanding.  Student voice in the mathematics classroom is SO IMPORTANT in this learning process.  It’s not about the iPad, really.  It’s about making student thinking something we can see… and hear… and process… and discuss… and when necessary, revisit and revise. 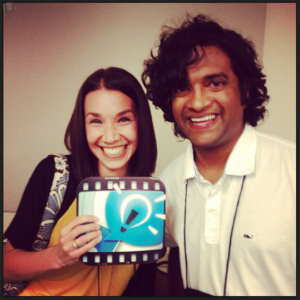 Reshan Richards, fellow ADE and creator of Explain Everything

“Screen casting” is a great way to use the iPad to capture student voice.  On occasion, I’ve used the Explain Everything app with students, but the workflow of gaining access to these videos was challenging.  Generally, students recorded the videos on their iPads during the first half of class, and we attempted to watch them on the “big screen” at the front of the class during the second half.  This was a great start, but when the bell rang I had nothing to show for their efforts.

Now that our district has access to Mediacore, I’ve begun making screen casting part of class more often.  We also *just* got a few iRig microphones for iPad, which block background noise so multiple student groups can record simultaneously in one space.  Screen casting is an AWESOME way to encourage student voice, but logistics such as workflow and noise can’t be ignored.  There’s also a bit of a learning curve with the Explain Everything app itself, which is why some students simply choose to use the iPad camera instead.  Again, it’s not necessarily about the iPad or the app, but capturing thinking.

Here are some recent samples from my Algebra students.  Prior to the STAAR End of Course exam, student pairs chose released problems from last year’s test to work and explain.  Watching the process of students creating these videos is fascinating and fun.  They plan who’s going to say what.  If they goof, they insist on recording the video again.  They soon realize that a 1-minute video may take 30 minutes to create.  They say things that make you go “Hmmm?”  They reveal a creative, often dramatic side of themselves that otherwise might go unnoticed in math class.  They’re forced to consider correct academic vocabulary.  They solve problems in a variety of valid ways that not everyone may have considered.  They reveal misconceptions.  They’re even wrong.  But every video has value for discussion.  That’s our class culture – mistakes are learning opportunities.  Errors are very, very valuable.  Students watch their own videos repeatedly, and can’t resist watching their friends’ videos too.  There’s instant buy-in because it’s all about themselves and their peers. 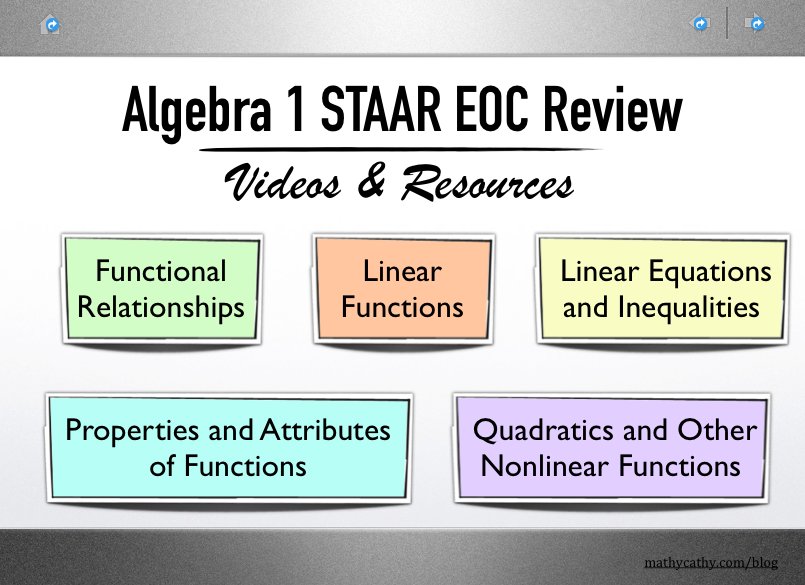 This review was completed before we had our new noise-blocking mics, so excuse the background noise.  Now that I have an established work flow, and some snazzy mics, I think screen casting will gain more presence in my practice.

How are you using screen casting and student voice in your classroom?

Check out another Explain Everything screen casting example from my colleague (and my son’s teacher this year!) Laura Wright here.  Integrating mathematics concepts and the Iditerod?!?  How cool is that?

Looks like Dan Meyer is seeing value in capturing student voice in the raw.

4 Responses to Student Voice, Screen Casting and Explain Everything